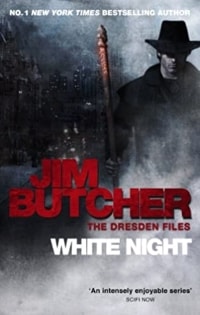 Someone is targeting Chicago's magic practitioners, the members of the supernatural underclass who don't possess enough power to become full-fledged wizards. Some have vanished. Others appear to have been victims of suicide. But now the culprit has left a calling card at one of the crime scenes - a message for Harry Dresden.

Harry sets out to find te killer, but his investigation turns up evidence pointing to the one suspect he cannot possibly belive guilty: his half-brother, Thomas. To clear his brother's name, Harry rushes into a supernatural power struggle that renders him out-numbered, out-classed and dangerously suscepitble to tempation.

And Harry knows that if he screws this one up, people will die - and one of them will be his brother...