I have been wanting to paint some rune pictures for a while now. Paganism is something which inspires me a lot in art, and you very rarely come across runes other than the gem stone sets (I have a Sodalite one which I bought a number of years ago) or worse, tacky plastic ones in a divination set you can sometimes buy from bookshops. Art and crafts in general seem to me to play an important part in paganism (it doesn't really matter which 'path' you follow, or which mythology you pay attention to) in part because you can't come across pagan objects very easily so you have to 'make your own.' Making your own is better in some ways since it is more personal to you and has more meaning than something which is mass produced. I have depicted them as twigs and branches and so far have done three in the set. The medium that I have painted them in is gouache and it is my first real project using these paints. I have also designed (and will post) at some stage a set of cross stitch patterns with runes on them. 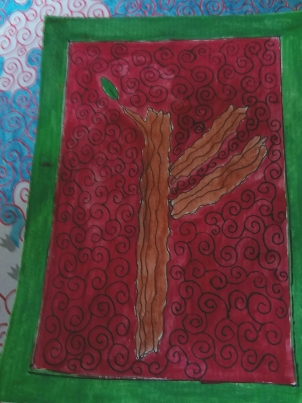 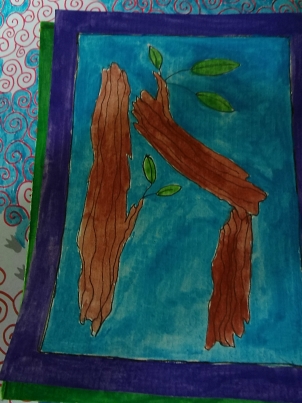 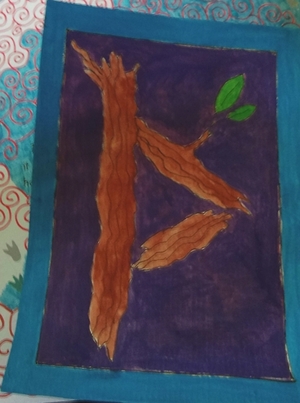