Mill Hill is an American company that specializes in beads and perforated paper for cross stitch and sewing. Perforated paper is an alternative to aida and evenweave and is similar to plastic canvas which allows you to cut your project into various shapes without fraying. You can even make 3D objects out of it, but plastic canvas is more durable. Mill Hill also produces cross stitch kits using the perforated paper and beads to create small ornaments and pictures. Over the past year or so, I have been mainly buying these kits as they are one of the few companies that still make things that I like. (Anchor and DMC don't seem to make many animal and wildlife kits anymore, and Dimensions, the other company makes kits that I usually buy also appear to have stopped making animal and wildlife kits. I think part of the problem is the loss of a company called Sew and So in the UK which used to have a vast range of kits and other projects to buy - they are in the hands of another company now and aren't as good at getting stock in. These problems began before covid, so it can't be blamed on the pandemic.)

The kits are seasonal and are divided up into Spring/Easter, Autumn/Halloween and Winter/Christmas. There is probably also a Summer one, but I've not paid much attention to those. The ones I have collected the most of are the Autumn and Halloween projects - they just appeal to me more than the others. The themes are varied much nature oriented most of the time, though there are some that incorporate food and patriotic themes (US patriotism, which isn't that surprising, with it being an American based company.) and the Christmas ones are either heavily influenced by religion, or traditional Christmas decorations like baubles and Santas. (In fact, there is an entire series dedicated to Santas from different regions.)

I decided to give these kits their own page, rather than just putting them on to the Autumn decorations page as I have collected quite a number of them, and they are quite different to the other items that I have made. 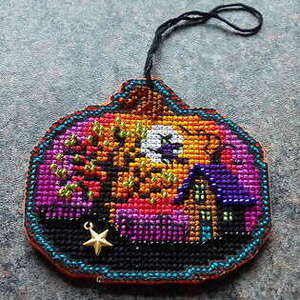 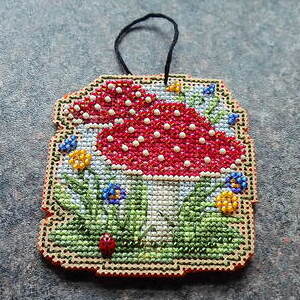 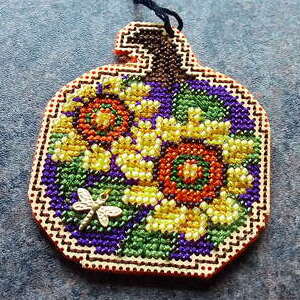 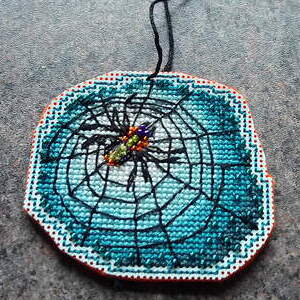 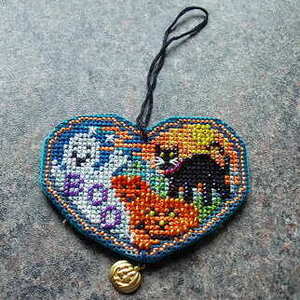