A while back (sometime last year), I downloaded some autumn leaf templates to make some bunting. Sadly, I don't recall the site where I got them from, or I'd post a link to them.

The leaves were supposed to go on string on their own, but I thought that they looked a bit too small and needed to be stitched on to some felt triangles. I had some felt in a Star Wars kit which I didn't think was that great, so I used the felt from that to create the triangles and used cut-offs that I'd saved from other projects for the leaves (mainly browns, yellows, oranges and greens) and stitched them on to the triangles. I had some bias tape from another project left over which I used as the ribbon or 'string' to hang the triangles from and some buttons to sew them on to the bias.

Essentially, it really cost me nothing to make because I had all the materials lying around already, which is a project I like! (Unlike the other set of bunting I am making which cost me more than I intended it to....) I will, however, have to replace the felt in the Star Wars kit - I just didn't think that it was good enough because it was the stiff, recycled plastic type of felt which I really don't like using. (I bought some kits last year for Yule decorations and the felt was really bad quality so I didn't want to use the same kind of felt for the Star Wars kit because the stiff, plasticy felt does not take very well to glue of any kind!)

There are still many leaves left over, however, because I cut many of them out from the cut-offs that I have so there will no doubt at all be other projects that will feature them. 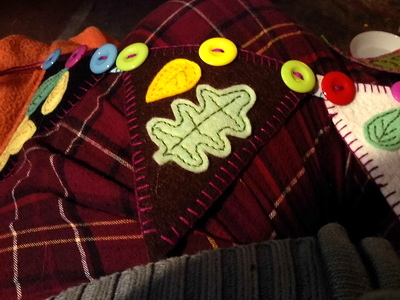 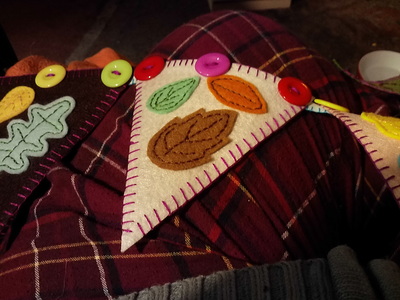 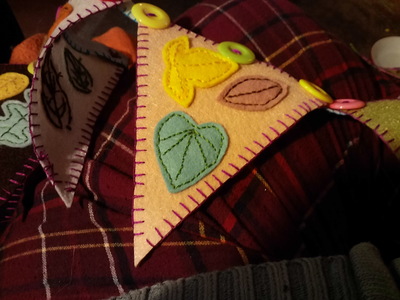 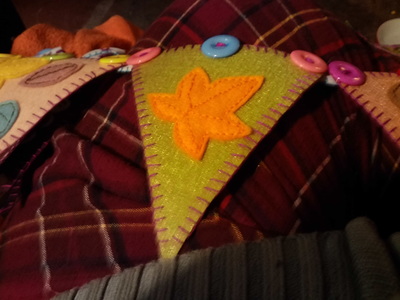 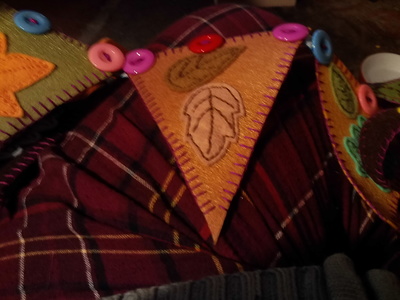 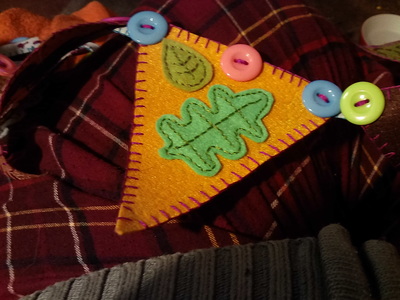 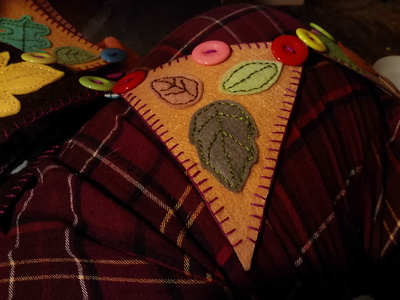 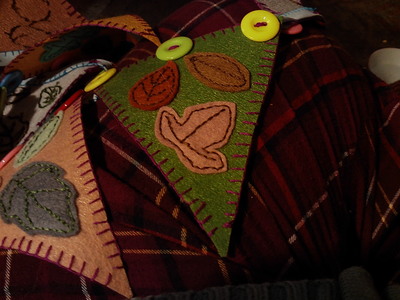 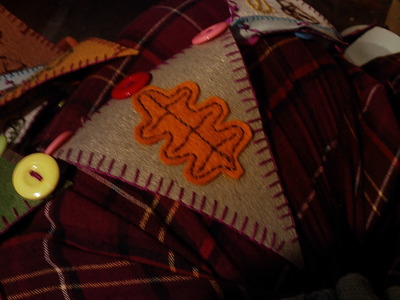 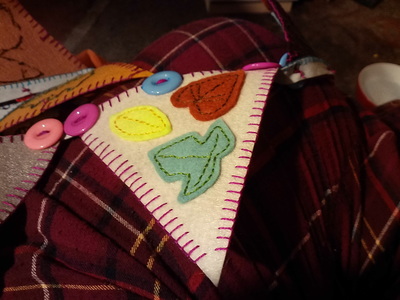 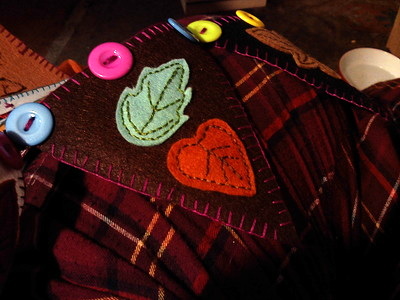 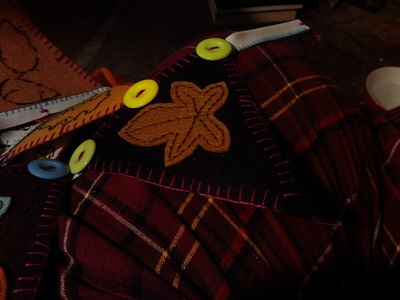 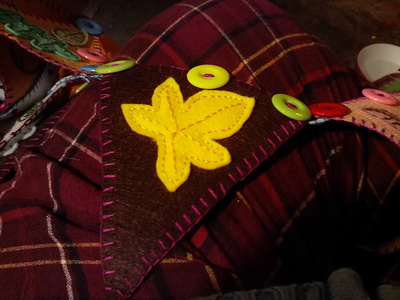 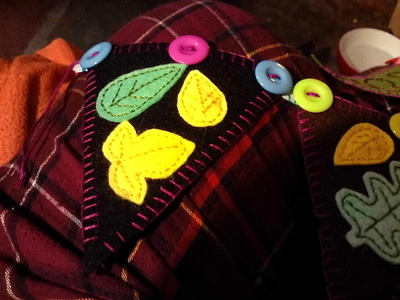