I am a bit of a dino nut... (or more accuarately, I love prehistoric creatures.) As a zoologist, I am as interested in creatures which lived along time ago as I am with living creatures today, so I had to buy this when I saw it on The Works website when I was buying some crafty things a while back. I made the order just before the 2nd UK lockdown. I had a feeling that it was coming, and having health issues which make me vulnerable to the virus, I can't go out much. (I go out with the dog most mornings, but I can avoid people.... going to more crowded places like shops, etc, is out even if they are open. With the days becoming dark and gloomy, not to mention cold and wet, I am unable to work on cross stitch like I did at the start of the year, so I decided to stock up on art supplies, crafty items which would come in useful at a later date with my cross stitch and some new colouring books as I couldn't find my Kerby Rosanes ones at the time. (I've since found 'em and I'm working my way through them, starting with Animorphia. If you know where to buy these books they are quite cheap - The Works, or Amazon is a good place to get them here. Of course, not every creature in the book is a dinosaur - there are mammals, other reptiles, (contary to what people think, flying prehistoric repiles such as Pteranodon and prehistoric marine reptiles like Ichthyosaurs aren't dinosaurs - they just happened to live around the same time and there's not really anything like them around now so a lot of non-acadmeic books just list them as 'dinosaurs'. Some non-academic books also have the annoying habit of covering geological time periods where dinosaurs weren't present and this book is no acception, so it should really be called Colour Me Dinosaurs and other Prehistoric Creatures...)

I started at the back of the book and I'm making my way forward thorugh it. I decided that gel pens was a better option because as usual, I found pencils get washed out on the type of paper that it is printed on and you can't see the colours very well - some of my fineliners and felt tip pens are OK with it, but some bleed thorugh, so I've decided to stick with gel pens and the pens which don't bleed through. On some pages, I have used the gouache paints, but as you need to add water to them, I think they are a bit too wet for the paper. 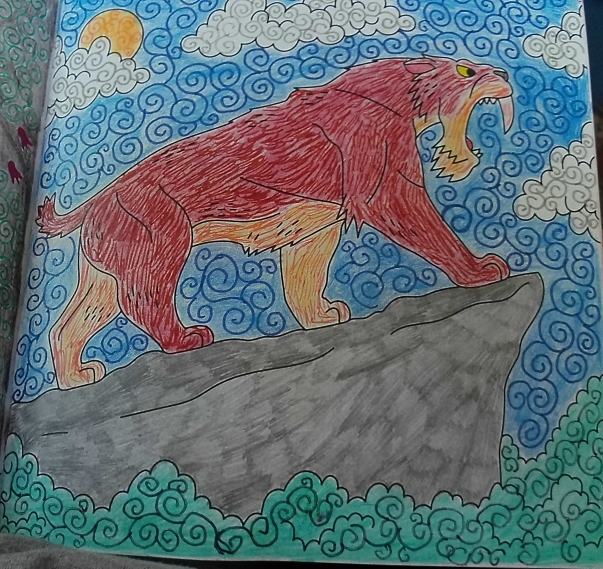 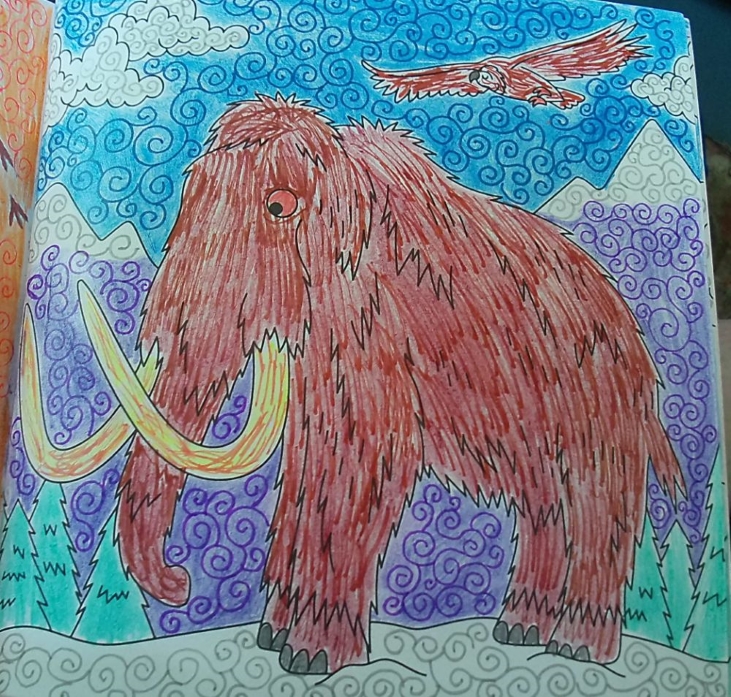 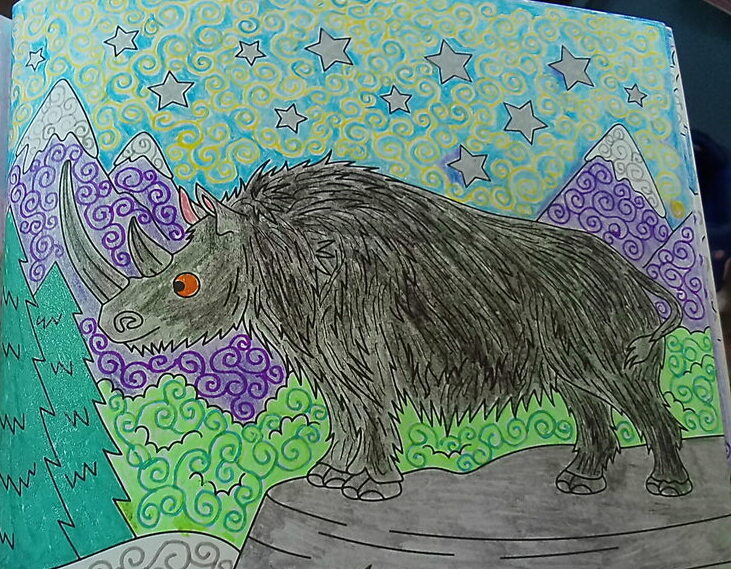